Google Street view of the Hiremech site on Tariff road where the air raid shelter was discovered (tottenhamjournal.co.uk)

What were these air raid shelters used for you may ask? This shelter was believed to have been built around the 1940s to serve the local community and possibly the workers at the nearby Triumph factory; however there is no record of ownership for this shelter. It is a building which is about 10m long, 2.5m wide and 2m high. It is buried less than a metre below what is now the driveway for the Triumph Trading Estate, home to Hiremech. Below you will find examples of what these shelters may have looked like in the 1940s: 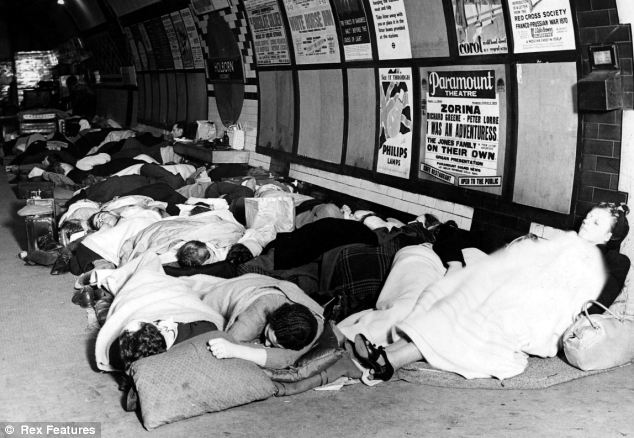 A sewer upgrade was being carried out in Tottenham Industrial Estate while the WW2 air shelter was discovered. This discovery resulted in a reroute of the pipes, so as not to damage a major historical artefact which had saved many lives during the war. The new sewer pipes were to pass directly through the manholes (which do not show up on any maps), which are the only entry routes into the secret shelter. The project must go on, however, so as to prevent nearby properties on Tariff road from flooding, by separating rain drainage from waste water sewers. This means that the sewers will not get overwhelmed with the rain water and will still effectively remove waste from homes and businesses, during heavy rainfall. 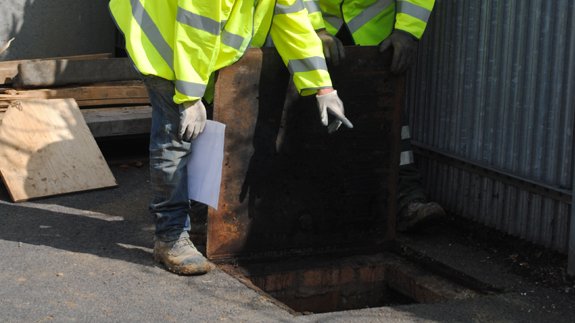 This manhole pictured above is the only way to access the mystery air raid shelter underground on Hiremech’s site in Tariff Road, Tottenham. Image by Thames Water (energylivenews.com)

Mike Lang Hall, archaeological adviser to Thames Water contractors Optimise, wants to know if there’s anyone around who has memories of the secret air raid shelter. If anyone has any information please send an email to mike.hall@optimise.co.uk or phone 020 3577 7700.